The Historical Context One of the most studied areas in social psychology is the influence of groups on behaviour. Experiments on group influence go back 80 years, to Jennes’ experiment on conformity to a group norm.  He put beans in a jar and asked all the participants to examine it and declare their estimate of the number to other members of the group. Next, they were asked to re-estimate the number of beans in the jar. In most cases, the participants’ estimates moved closer to the mean demonstrating the pull of the group on beliefs. This relatively harmless little experiment demonstrated conformity to a group.

But then came the second world war and all the obscenities of evil acts worked out on a range of minorities, but most of all the Jewish People.  And when the reckoning came, the same excuse was repeated many times, like an echo: “But I was only obeying orders”.  The banality of the response was not lost on political theorist Hanna Arendt who analysed the trial and implications of the defence of war criminal Adolph Eichmann in Jerusalem.  Arendt concluded that he was not a fanatic or mentally unstable, but that he had done evil things in a business-like manner and had done this all because he believed he was obeying orders. 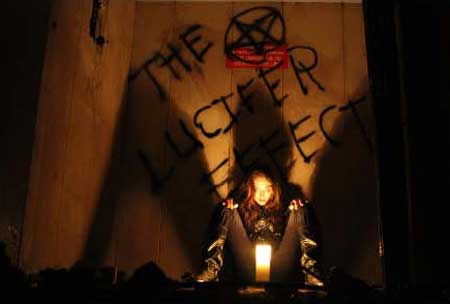 Stanley Milgram picked up the baton from Arendt’s thesis and tested whether he could trick people to do evil through obedience to an authority figure.  He set up a fake scenario where participants believed they were delivering powerful electric shocks to others in obedience to a man in a grey technician’s coat and with a clip-board telling them to “please continue”.  Asked by Milgram to predict how many would go to a lethal dose, most top professors of psychology and psychiatry said “not one in a thousand” would be so evil. The actual percentage who gave a 450V shock was 65%. Milgram went on to develop this experiment across cultures, sexes and in different environments, the results did not vary much overall.  Dying young from a heart attack in 1984, he missed the horrors of further genocides in the late 20th century and the obscenity of child soldiers forced to kill. A new millennium dawned and yet mankind’s inhumanity to man continued with the evils of Abu Ghraib and the “collateral damage” of the Iraq war.  But by this time yet another psychologist had picked up the baton and claimed it for his own, Philip Zimbardo.

Lucifer was once an angel.  He was the most exalted. His name means “bringer of light” but he fell from grace because he refused to recognise that of God which was in His creation Adam. He was banished to Hell and became the embodiment of evil, the devil. The devil made it is aim to expose the evil in man through temptation to do bad things.  And according to Zimbardo, it is this metaphor which has inspired him to focus his research on:

“Transformations of human character not as dramatic as this one, in which ordinary, even good people begin to engage in bad deeds, for a short time or longer, that qualify as “evil.”

The beginnings of Zimbardo’s work was in his work on “The Stamford Prison Experiment”. A group of students were randomly assigned to the role of prisoners or guards for a 2 week experiment on conforming to social roles. The guards took to their role so well that quickly they began to bully and harass the prisoners and to dehumanise them.  In fact Zimbardo himself even lost his detachment and became engrossed in his role as prison governor.  The future Mrs Zimbardo, visiting the mock Jail brought Dr Zimbardo to his senses and the experiment, now brutal and out of control, was terminated after only 6 days.  Yet is had achieved its aim, demonstrating how good people can learn quickly to do bad things.

From this time Zimbardo has made it his life’s work to understand the process whereby people succumb to the “Lucifer Effect” and what we can do to protect ourselves against it.

Zimbardo identified that the main factor at work in treating a group less favourably was the process of “Dehumanising” the group.  The process involves taking away the humanity of the victim and reducing them to a lesser, more animalistic status.  This is achieved through propaganda and can be done in several ways as the following examples suggest:

Hitler and the Jews:

Faces of the enemy (to inspire soldiers to fight)

Abel Meeropol wrote the words to the Billie Holliday song based on the lynching of young black men in the southern states of the USA in the early part of the 20th century.  The strange fruit referred to dead bodies left hanging from trees.

Language can be used in such a way to remove the inhumanity of an act.  The murder of six million Jews was called “the final solution”.  Killing civilians in any recent conflict has been called “collateral damage” and killing people from one’s own side is called “friendly fire”.

Can we beat the Lucifer Effect?

Zimbardo is convinced we can by most of all being mindful of our own context, feelings and circumstances following a few simple steps:

There you have it a long way from the innocence of beans in a jar lies the abhorrence of Abu Ghraib.  But if Zimbardo is right we all have a responsibility in preventing our own Lucifer from taking over.

8 Responses to “What is the Lucifer effect?”