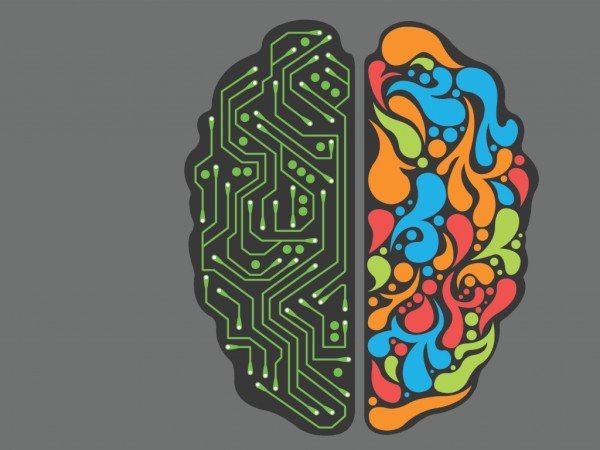 Despite what you might have thought this does not happen when someone has a ‘splitting headache’ but is usually the result of a surgery to treat refractory epilepsy. This usually involves cutting through the middle of the brain, known as the corpus callosum, and separating the two halves of the hemispheres effectively leaving the patient with two brains.

Once this operation has been performed we see some remarkable changes to how you can perceive things and some of the results can show you how much we rely on the connection between the two halves of our brain.

It is currently thought that the left side of your brain, the dominant side, contains the area which controls your speech and language in a section known as Broca’s area. Also there is an area called Wernicke’s area which is located in the left hemisphere and is responsible for the syllables that form words and the comprehension of words. This was shown when people who have damaged this area used relatively normal syntax and vocal rhythms but found it difficult to say words that we would understand or to understand speech.

The right hemisphere is generally thought to control the more unusual situations and negative emotions and so when it is hyperactive it can cause depression.The right hemisphere also controls the left side of the body and is often associated with maths ability, although not all numerical processing takes place on the right side.

Advantages of Having a Split Brain

Often this operation is seen as a bad thing and it does have both positive and negative effects but on thing that you can do better after the operation is performing two tasks at once. A study performed by Rogers et al, 2004 found that when you have two halves of a brain then it increases your ability to both look for food and watch for predators at the same time. Purhaps indicating that the connections between our ancestors brain hemispheres were less developed.

In some rare cases when you have a developed language centre on both the left and right side of the brain then you are able to read two pages of a book at the same time and retain both sets of information. This was found in the case of Kim Peek who as well as a lack of corpus callosum also possessed the ability to speed read and memorise books verbatim.

Disadvantages of Having a Split Brain

As you might imagine there are more disadvantages than advantages of having a split brain. When the right and left side of the brain are un able to communicate then it can cause an almost split personality and actions performed by either hemisphere can be performed without the other hemisphere being aware of it.

An example of this being shown is in the most famous split brain study of all time Sperry, 1968. In this study each participant, who had had their corpus callosum removed, was shown the same picture in each eye and when shown in the second visual field they had no recollection of having seen it already.

This is the same when dealing with things in a tactile way. Participants were given objects to touch and then say their name or describe them and they could only do this with things in their right hand. They were however able to pick out objects using both hands that they were asked to and they were able to perform this task simultaniously which a normal person would have great difficulty doing.

I realise this condition is probably not relevant to you I know but it is very interesting. Have a think about what life might be like if you had two parts of a brain designed to work together but they were unable to communicate properly.

One Response to “Split Brain Patients – What Happens When You Have two Brains?”