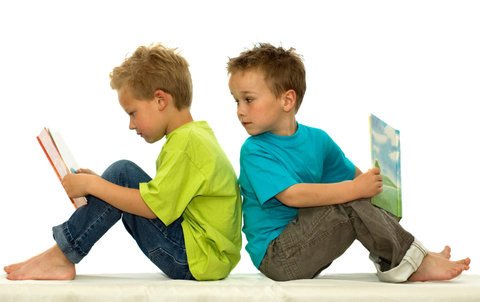 Autism or Asperger is one of the most common learning and behavioural difficulties in the world today. Approximately 1% of the UK’s population are on the autistic spectrum. This equates to around 695,000 people in the UK alone so it is not that rare and it is useful to be able to recognise some of the symptoms.

The first symptoms can be difficult to spot because they start in children from a very young age but from the ages of 6-18 months is when they will begin to emerge. Some of the first characteristics that children might display are things like not making eye contact and preferring to look at you from the corner of their eye or in an indirect way like in the mirror or a window.

Other behaviours might be not really responding to your voice and also not copying your actions like pointing at things or wanting to share things with you.

A blank expression when you are trying to make them smile as well could be an indicator.

The thing to remember in general about autism is that they like to live in their own little world and don’t naturally want to join in with social activities or interaction. They will do things that seem odd to us social creatures but to them they can’t understand why we like interaction so much.

The most noticeable trait at this stage of development is probably their speech. For the most part children with autism are delayed in their speech development or they might speak with a lack of emotion or very fast. This is because they don’t really enjoy having to interact and so they will do so because they need to.

A little off topic but on of my students who has Aspergers (14 years old) is perfectly sociable now but even so he will still enjoy having a ‘silent conversation’. By this I mean that we will often do things like maths problems purely with hand signals and gestures and he gets a lot of satisfaction out of completing it this way without the need for verbal communication.

A child with autism may have little desire to play with other children of their same age and also with toys they may not play with them as you might expect.

For example when you might expect a child to play with a teddy bear by cuddling it and having a look at all aspects of it, a child with Aspergers is more likely to play with one part of it repeatedly.

When a child with autism makes it to school the problems with social interaction are going to become more noticeable because they are forced to interact with their peers every day.

I’ve heard people say before that having autism is like ‘playing a social game where no one has taught them the rules’ and many of my students who have Aspergers agree with this. It is very difficult for them to infer meaning of words from the tone of voice or facial expression.

Most people tend to do this so naturally that we don’t even notice. If you pay attention during the next conversation you have you will see that there are many misunderstandings to be had if you simply take the words at face value and don’t consider anything else.

Also at this stage children are probably going to enjoy a sense of strict order to their daily routine. This makes them more comfortable because then they can know what to expect from their day.

If anything interrupts this timetable then they may be liable to become upset.

These are a few of the thing that you should look out for if you suspect that you child might have autism.

If you do think that your child is exhibiting some of these characteristics then please take them to see a psychologist because every child is different and it is hard to diagnose someone from a list of symptoms.

In my next post I am going to share a few methods that I use to help my interaction with my students with Aspergers of a high school age so if that interests you then please take a look.